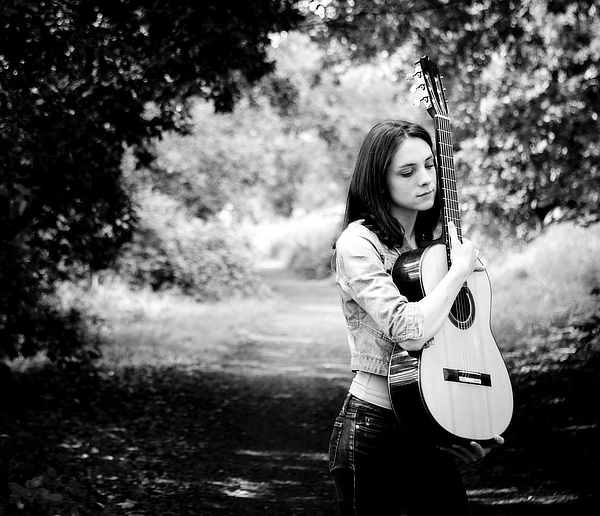 The Wow Factor: Guitar Masterpieces Are Alive And Well And Awaiting Your Pleasure
Published: 1 March, 2015

– but the guitar world is the last to recognise this, as was revealed in London on Thursday –

It is not often that a major concert hall in London presents a concert at its own financial risk called 20th Century Masterpieces for Guitar. Thus it was with some excitement I went to St John’s Smith Square to see and hear Laura Snowden play a programme of just four works: Villa-Lobos’ 5 Preludes, Britten’s Nocturnal, Mompou’s Suite Compostelana, and Torroba’s Sonatina. This was a highly contrasted set of works although three of the composers were born within six years of each other, and two were Spanish. If there was any similarity it was naturally between the Spanish works by Mompou and Torroba.

But the similarity is not based on style or inspiration but instead in the masterly craftsmanship of their compositions. Unexpected harmonies and modulations ring out at precisely the right moments to keep a listener enraptured and on the edge of his/her chair. No sooner has one rhythmic sequence got our foot tapping but an exquisite melodic phrase makes an appearance.

These pieces contain a deceptive simplicity in their seductive harmonies a million miles away from the atonality rampant all around at the time of their creation. Consequently for many years Mompou and Torroba, as other composers like Malcolm Arnold in the UK, suffered the stigma of not keeping up with the dissonant times. Regarded as throwbacks and reactionaries they were not afforded the respect which would have been their due if they had composed “squeaky gate” music.

Villa-Lobos’ Preludes also have come in for quite a lot of stick. This includes a completely irrelevant comparison to Agustín Barrios’ output, as if these two very different composers could not coexist in our minds without us having to make a choice as to who was the better artist. And where does this idle chatter come from? The guitar world ofcourse!

And finally, Britten’s Nocturnal, almost universally regarded as a masterpiece. It is a supreme stroke of irony that this is the one piece which borders on, flirts with, and at times bathes in, atonality. It is a magnificent achievement in every way: expressively, guitaristically, and as a composition culminating in a Dowland song, English from beginning to end.

So there we have it: a Brazilian and a Spaniard (Torroba) dipping into their folk heritages but steering their music into new waters; another Spaniard (Mompou) creating an impressionist tapestry of notes and harmonies of shimmering beauty; and an Englishman completing the circle of 16th and 20th century music in his only solo work for guitar.

The concert was delivered magnificently by Laura Snowden with total conviction and artistry. I declare an interest: she is still a student at the Royal College of Music, and I am one of her teachers, and I say all this with great pride and satisfaction!

The only thing missing in this event was a sizable audience. No hoards of eager pluckers here comparing nail shapes and strings – all conspicuous by their absence. That is a pity for it was both inspired and novel to pitch these disparate masterpieces in the same programme. Maybe guitar fans still need to grow up before they see the significance of such a concept, and roll up to support concert promoters and artists who have the courage to put their money with their mouth is.