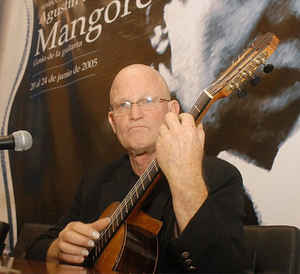 Richard Stover’s Barrios Files To Be Freely Available from California Uni – His Research Forced Him To Flee Venezuela
Published: 25 June, 2021

Excellent news that Richard Stover’s Barrios files and papers will be digitalised and made freely available by the University of California in Santa Barbara. The archive will also include eighty 78s donated by a private collector.

The last time I saw Richard he was getting into a chauffeured car with his wife about to embark on a hair-raising journey at 2am across the frontier into Colombia. The year was 2002 and both of us were on tour in Venezuela where we found ourselves caught up in the beginning of a general strike. The BBC World Service was advising UK citizens to leave. Richard, who was on a prestigious Fulbright Research Scholarship was informed by the US State Department to leave immediately. The problem, as we discussed it with various friends and associates, was how. The local airport was closed. Caracas airport was a 10-hour drive away and he chanced meeting roadblocks and demonstrations.

There was another option: to drive into Colombia. Anyone who has read the quietly menacing descriptions of war zone frontier areas by Graham Greene and John Le Carré will know what Richard and his wife Becky were facing. The vicinity around the border crossing was a conflict zone between Colombian guerilla forces and the national armies. Add into the mix anti-Imperialist, anti-Gringo rhetoric, and a corrupt police force in the midst of a general strike. But the journey itself faced an even greater danger. Kidnap for ransom was common, anyone could be a target, and who better than an American and his wife?

Richard had no choice. So we decided to make it as low profile a journey as possible, that is why he left in the middle of the night. He crossed over the border without incident, apart from a military officer pointing an AK47 into his wife’s face. As for me, I did not leave, I was too curious to see what would happen in that country for which I had developed great affection. I stayed in a safe private estate and lived through some unforgettable moments. More of that some other time!