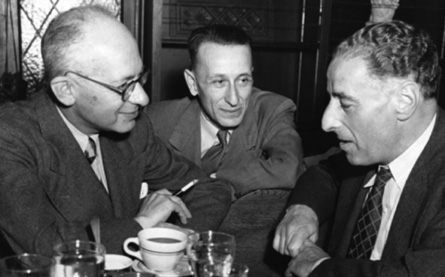 Exile: It’s What Guitar Composers Do When The World Hits All The Wrong Notes
Published: 6 August, 2021

In 1812 with Napoleon’s army on the retreat from Spain Fernando Sor (1778-1839) could see where lay his destiny. As an official who had worked with the defeated French he feared reprisals. He left the country and never returned. Eventually he settled in Paris where he met another Spaniard, Dionisio Aguado, for whom he composed one of his finest works Les Deux Amis for two guitars.

Ancestors of Mario Castelnuovo-Tedesco (1895-1968) had already resettled once, way back, during the expulsion of the Jews from Spain in 1492. Now, in 1939, he too had to go, this time from Mussolini’s Fascist Italy. He went to Hollywood where he wrote film music and various outstanding works for guitar including the 24 Caprichos de Goya Op. 194 and the 24 Preludes and Fugues Op. 199 for two guitars. He died in Beverly Hills.

Alexandre Tansman (1897-1986) fled to Nice in the chaotic days before the German occupation of Paris in June 1940. He lived in hiding with his wife and two young daughters for a year. Tansman was born in Poland and came from a wealthy Jewish family. With the help of a support committee headed by his friend Charlie Chaplin the family sailed in 1941 to the USA on the last ship to cross the Atlantic before the attack on Pearl Harbour. He too became a successful Hollywood composer but wrote no more guitar music until he returned to his beloved Paris in the 1950s.

In 1936 a young Spanish composer studying in Nazi Germany decided to leave, moving to a modest Paris apartment with his Turkish/Jewish wife. This was safer than staying in Germany or returning home to Spain which was in the midst of a devastating civil war. The composer was Joaquín Rodrigo and the work he wrote in Paris was the Concierto de Aranjuez. A personal and public drama is played out in the music of the iconic Adagio. Rodrigo and his wife returned to Spain with the score at the end of the civil war, crossing the border on 1st September 1939, the day before World War II was declared.