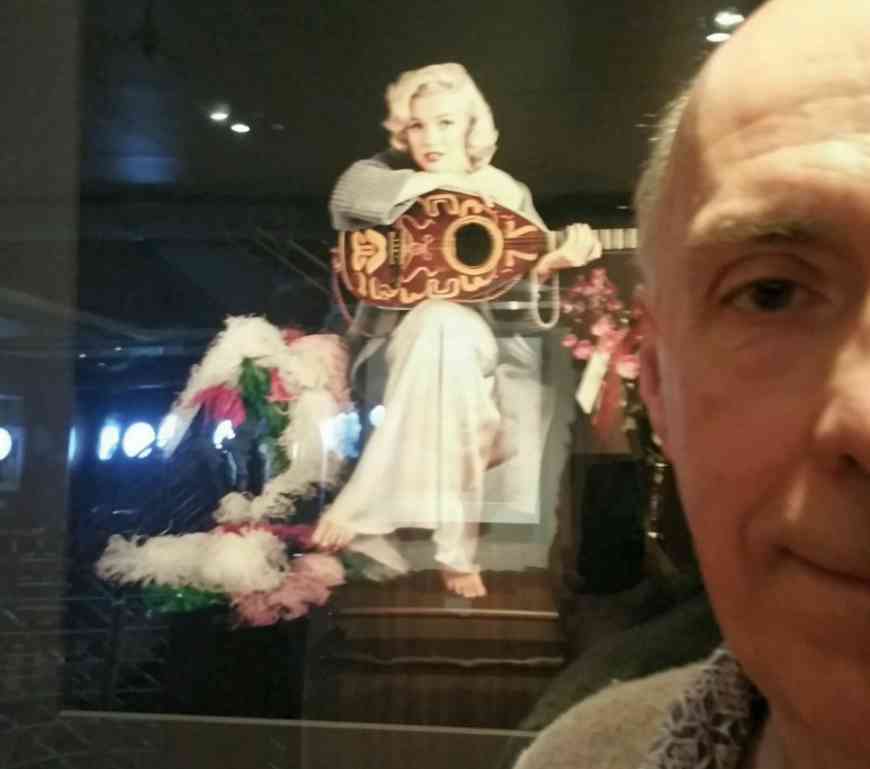 Was there ever a more surprising woman than Marilyn Monroe? After playing the dumb blond to perfection she decided she had had enough of that and got together with egg-head writer Arthur Miller. Unfortunately it didn’t work out, but she did get a great part from him in The Misfits . What very few people know is that I have come face to face with her.

It all started with my arrival on Hilo. This is a Hawaiian island with a volcano actively spewing larva as I write. Down it dribbles slowly, a few feet per day, destroying everything in its path. Like some horror film in slow motion you see it coming and there is nothing you can do about it. For the rest, life proceeds as normal.

A rock band in full flow greeted my arrival in Forest Market. Not just any rock band, but a three guy outfit giving it all they could with a combined age of around 200 years. Minutes later a loud rushing noise neared at alarming speed. Could it be the volcano letting rip? I spun round to see a large mob of motor bikers roar past on some really neat expensive machines. But then they could afford it, for they were all at that menopausal stage when blokes do what they had always wanted to but couldn’t – till now.

A stroll through Forest Market revealed a community of earnest creative types mostly from the rest of the world selling their own jewellery, art photos, clothes and paintings. I stopped to enquire about some striking paintings, whereupon a glamorous artist called Suraya drew me into earnest and intelligent conversation about the state of the world. I listened, yes, but couldn’t take my eyes off her, if you get my meaning.

Which by an uplifting association of ideas brings me to Marilyn Monroe. Later in the week I stumbled upon a gallery of photo prints including this one of her with a lute. Note the care which has gone into the elaborate setting. It is like a romanticised medieval dressing room. The lute is beautifully unreal. Marilyn’s left hand clutches tightly at the fret board. Her white outfit suggests innocence. But her expression is one of feigned discomfort as if to say “now look what they got me doing” – the masterstroke of a great comedienne.

Marilyn was a lost soul, an underrated actress and a fabulous singer. Writer and director Billy Wilder said – “she was remarkable. She had a quality that no one else had on the screen, except Garbo. No one. She was a kind of real image, beyond mere photography. She looked on the screen as if you could reach out and touch her.”

And that is the story of how I came face to face with Marilyn, and felt I could reach out and touch her.