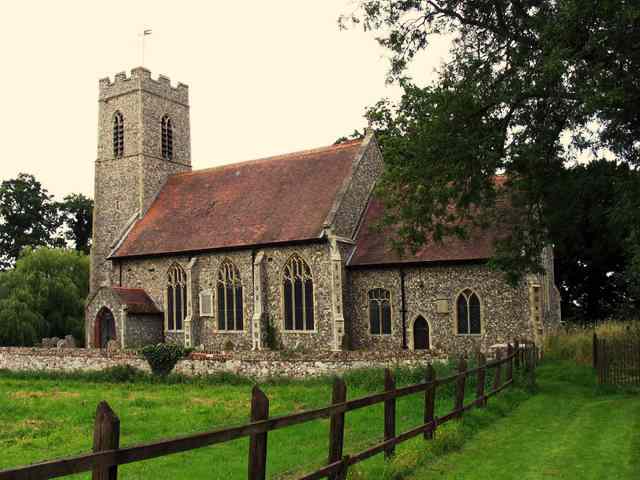 A Curvy Wall Built By French Prisoners In 1815 Is The Backdrop To My Concert
Published: 17 May, 2015

Took a train from Liverpool Street Station in London to Norwich on Friday. Nothing special about that, except a station official who saw me struggling with two guitars and a case offered to drive me on his motorised trolley to the platform. While other passengers hurried and fretted about catching their train I swept through the station scattering people asunder! I did get a few stares, and not very pleasant ones at that. 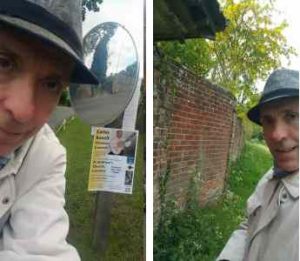 My concert on Saturday was in Lammas near Buxton near Norwich. This is a lovely village mentioned in the Domesday Book of 1086, where I have played on several occasions – a million miles away from the frenzy of London. It has a beautifully appointed church set back from the road, surrounded by fields. A shallow stream passes by within a few feet of it. The cemetery boasts some tombstones hundreds of years old.

Finally I got to know a little more about the strange curvy wall at the beginning of the grassed approach to the church of St. Andrew’s. It was built by French prisoners in 1815. Why they were brought all the way here is something no one has been able to tell me. But it did give me an opportunity to play Sor’s Marlborough Variations op. 28, since he was living in England as a political refugee around that time – a connection there of sorts.

I started the programme with some early music by Jean d’Estrée and Gaspar Sanz which seemed appropriate in this ancient church. I also included some of my Beatles’ music arrangements which in this very English setting belonged too.

And thus I enjoyed this recital in my favourite English church, in the company of a hugely enthusiastic audience. It is wonderful to think of all the volunteer staff who make such an event possible – nowhere else in the world have I ever encountered anything like it.