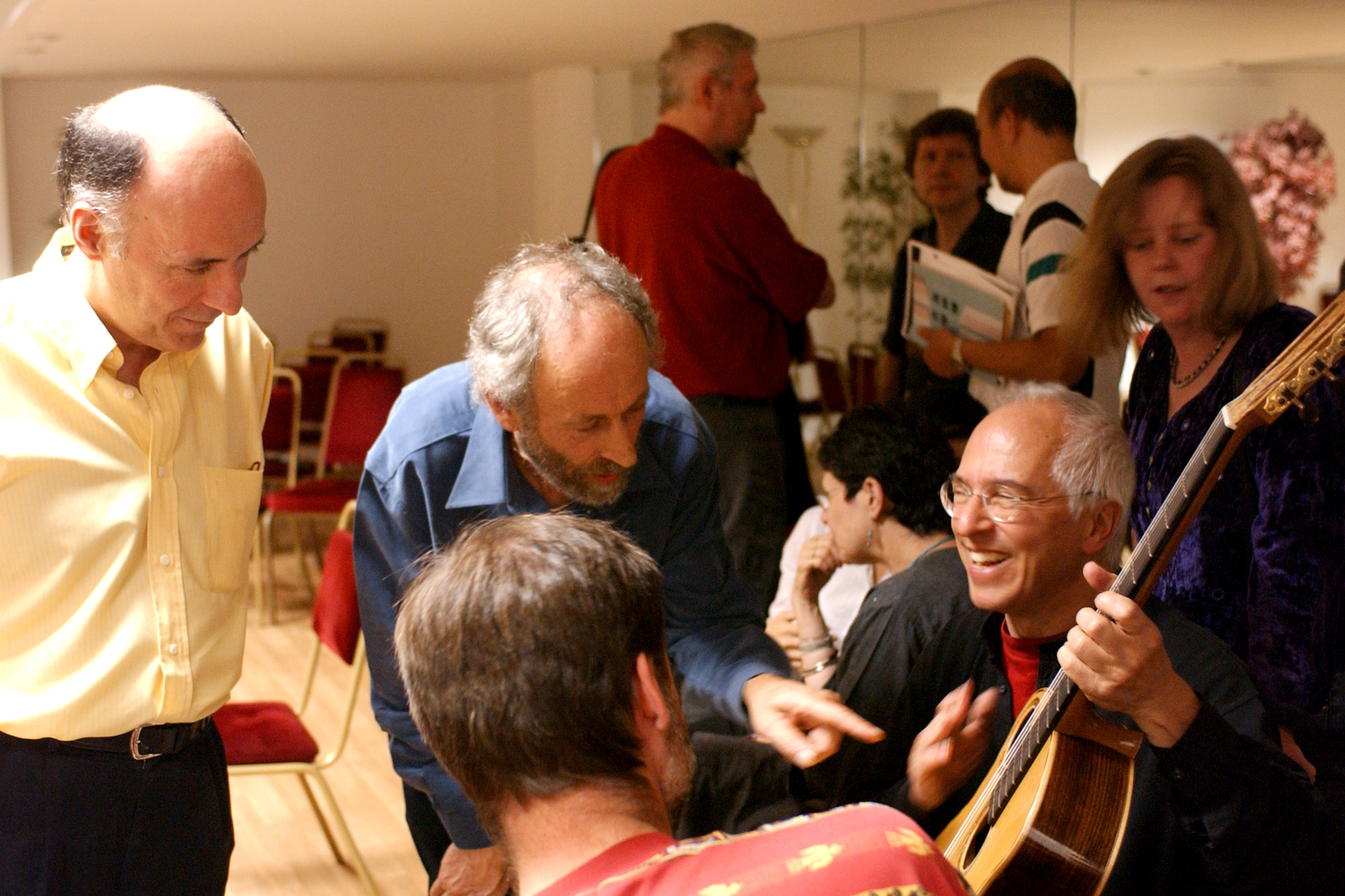 I can’t believe JW is celebrating his 80th birthday! I have always known him as youthful and full of vitality. I was lucky enough to study with him at the Royal College of Music in London. I found him an inspirational teacher who taught by example. He showed me how to learn a piece by establishing at the outset a musical overview into which you gradually fill in the technical details, rather than practicing from beginning to end a bar at a time. After College I played duet concerts with him which continued as a learning experience, and in the first John Williams and Friends group which led to the recording still available. Studying, touring, and recording – what more could I, in my early twenties, ask for!

I observed him. He was informal, ready to help with sorting out playing problems, and with an acute ability to develop a musical idea in our playing until it was just as he wanted it. All this was often punctuated, even interrupted, by a torrent of jokes, some good, some bad. How did he remember them all, packed into his memory with all that music? I have seen an intimately warm side to his personality too, which he showed to Alirio Díaz, his mentor in the summer school he attended as a boy. When he learnt I was to see Alirio, he was very concerned that I should hand to him the just released El Diablo Suelto CD recording which included arrangements by the Venezuelan maestro. It was a gesture of respect and consideration, a moving acknowledgement from one master to another.
Happy Birthday, John!